Kumie Tsuda: What are the colors of Saturn? 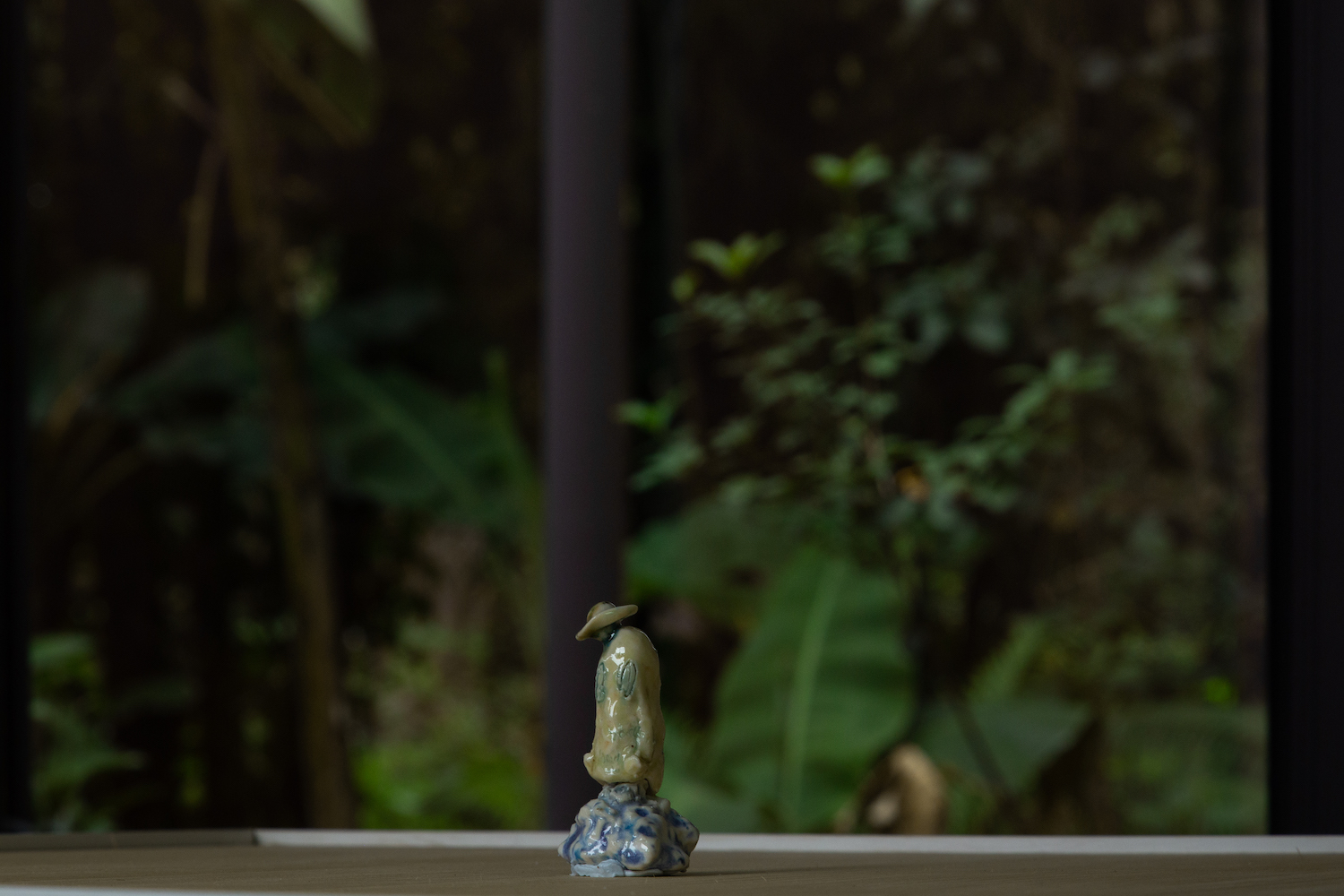 When does a human being connect with nature? Being together in the same space and time, we nevertheless have difficulties to always acknowledge this fact that everything outside of one’s self are in mutual oscillations and are growing empathy via means that go beyond human understanding. The moments of realizing the self as part of the relationship with the outside world are often dependent on certain encounters to magically connect our acquirable perceptions to the transcendental nature. Japanese artist Kumie Tsuda’s works seem to be infinitely close to the moment of this kind of awareness, at the mean time inviting the viewers to be part of this wait in silence. Whether are the skin-like undulating clay bodies, the color glazes that flow and blend into one another, or the ambiguous scenes picked up by the camera; they all seem to be gazing into each other in silence, and waiting for people to join in. Meanwhile in this silence, a gateway towards a world that’s not predominated by human social experiences is open up.

Graduated from sculpture major at Tokyo Art University, Kumie Tsuda eventually favored ceramics and glazes, which she never studied specifically, prior to choosing the medium for her practice. Like the constant change of nature, the colors in Tsuda’s ceramic works are elusive and indistinct. The luster of the glazes is changing, leaping, never stopping, like the sunrise and sunsets of daily routine and the disorderly light and shades. Her powerlessness over the final outcome of the glazes’ effects has helped her escape from an intellectual shortcut, which pursued by humans who tried to understand nature but also found themselves encaged in the journey through it. At the moment of using the changes of temperature to pause the flowing uncertainty, the artist returns the authority of determining the final effects back to nature. Tsuda scribbled some English words and sentences on the surfaces of some of her ceramic works. For the artist, the meaning of language itself brings distance for a non-English-speaker like Tsuda; and for the viewers, illegible handwriting lowers their capability of recognizing the meaning of the words. Hence, compared to communication via language, the words in her works are more like certain kind of pattern or texture, breathing through the uneven surfaces of the ceramic bodies. They are so far away from written characters, but maybe closer to the clouds in the sky.

In Tsuda’s practice, there often are images that appear like fairies. They are like the incarnations of spirits that scattered all over nature. They could be infinitely small, waiting quietly in the bush or under the eaves for a traveller to throw a glimpse upon them. They could also be infinitely huge, towering like mountains, vast as lakes. Sunlight pours itself on their bodies, and then flows down with sparkles along the fall. Meanwhile, the travelers on the mountains witness a naturally occurred ceremony without being conscious of it. Tsuda has conceived some wooden structured pedestals for some of her works. As for the colors of the boards of pedestals, she has specifically selected more then ten kinds of Japanese traditional colors, such as: perish purple, rusted light-green onion, bellflower nando, red harbor, chestnut plum dye, kelp brown and bleach persimmon. These low-saturation blocks of colors resemble to the garden views that were cut into rectangles of blurry, obscure colors through the frames of doors and windows of Japanese gardens, subtly evoking certain dynamic memories about nature inside the viewers. These faraway memories are also inviting the viewer’s thoughts into an abandonment of luxury, lowering them into silence, and with a humble gesture, waiting for certain possibilities to happen along with all these anthropomorphic yet nonhuman fairy images.