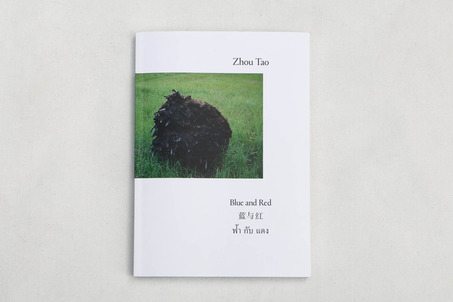 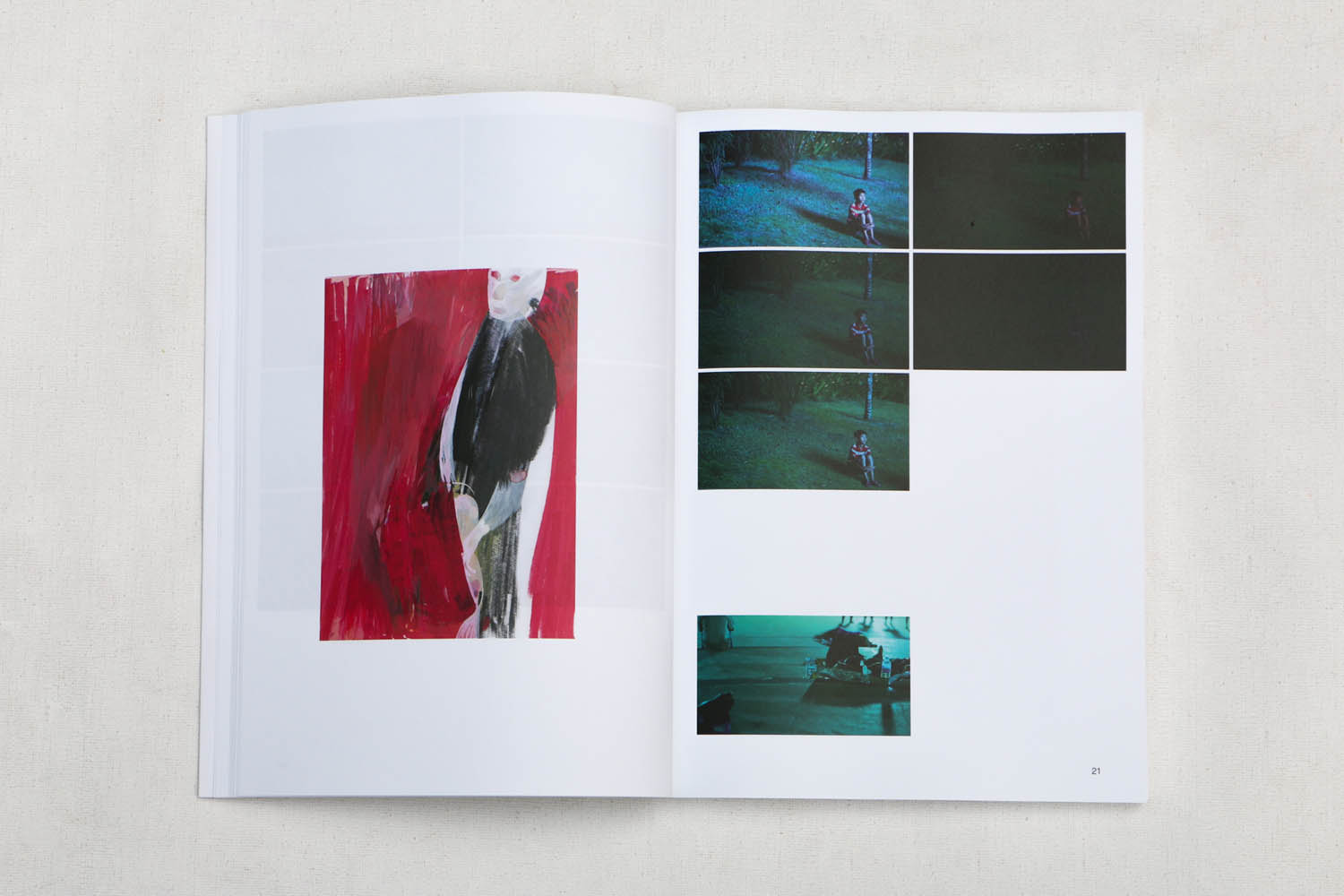 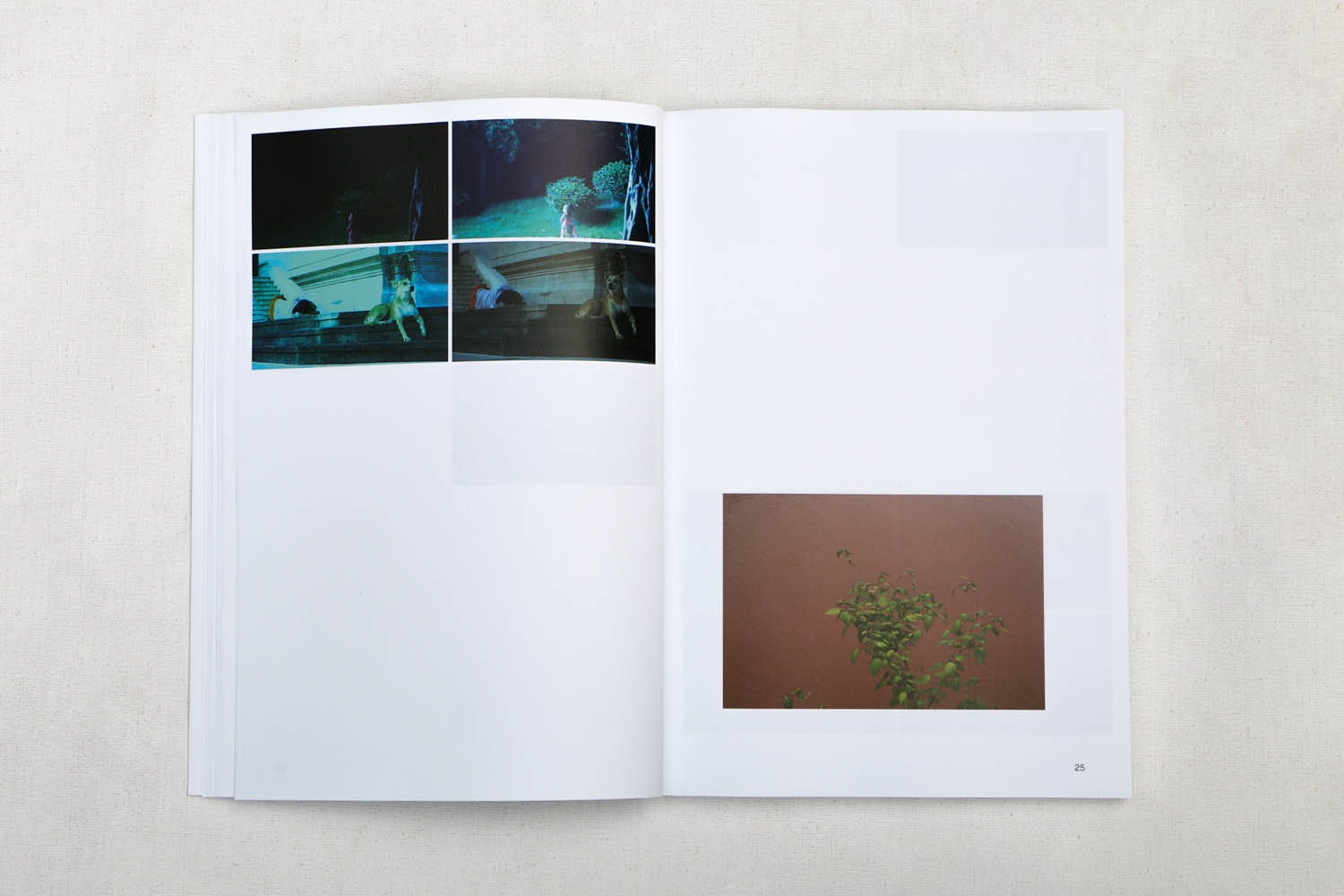 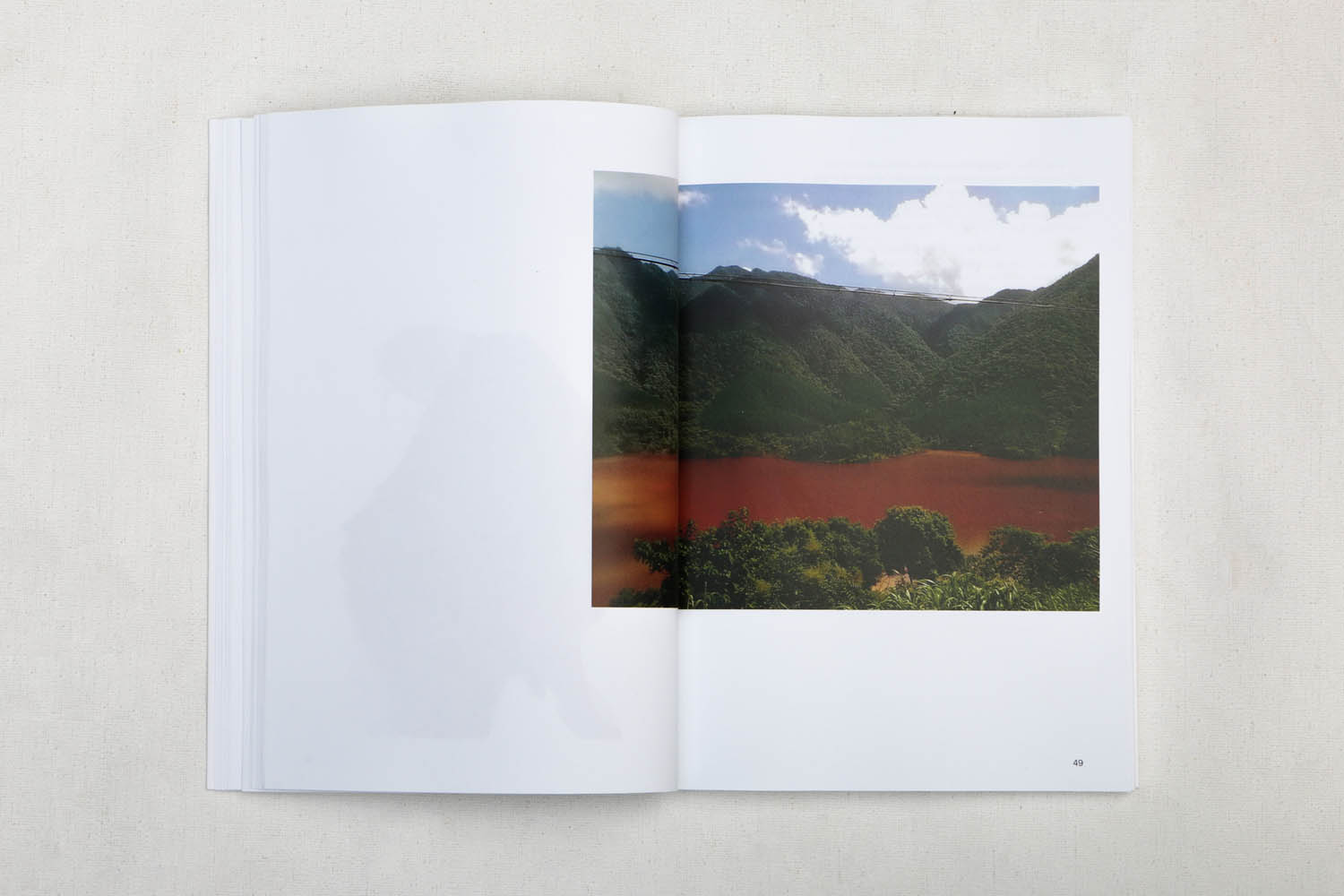 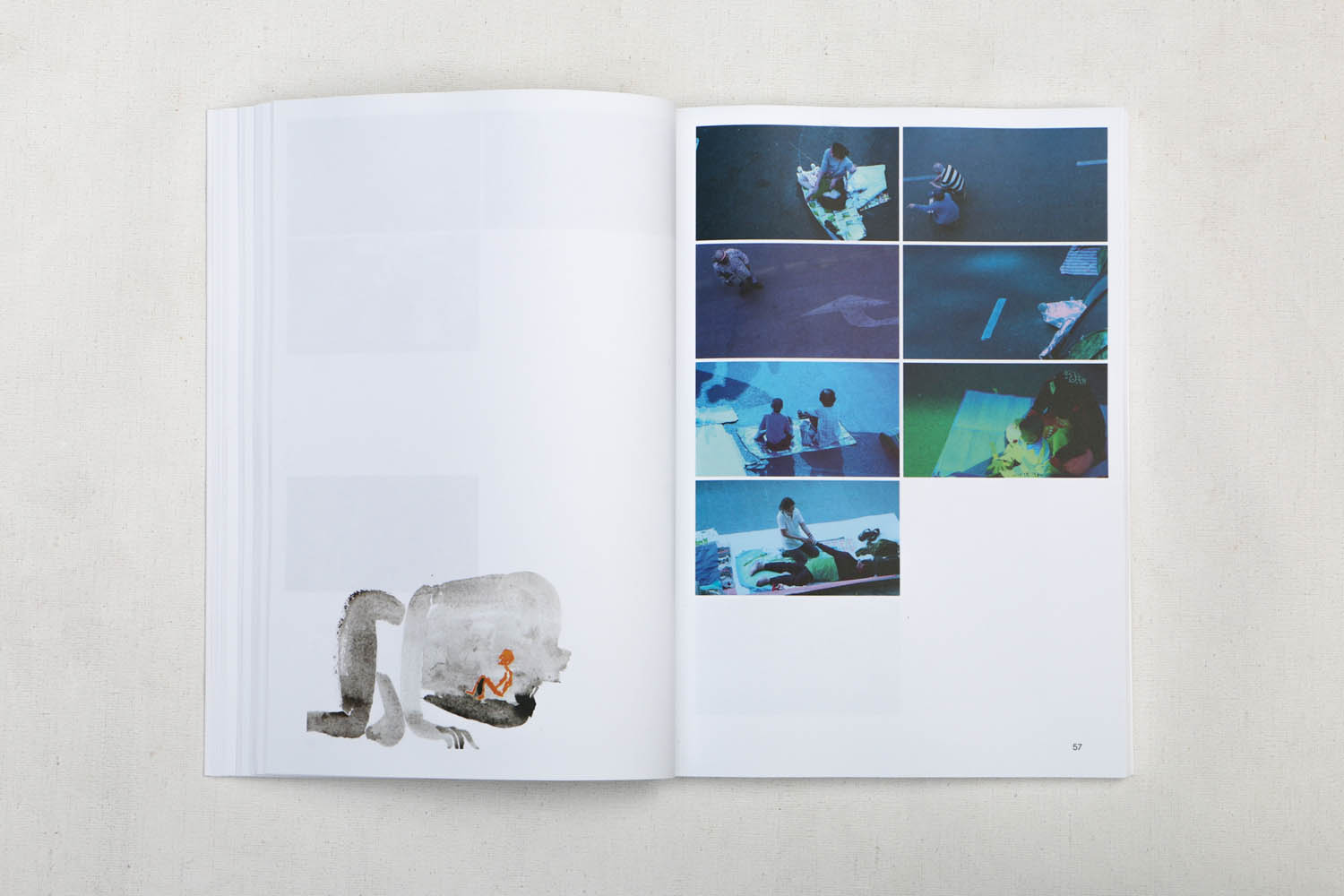 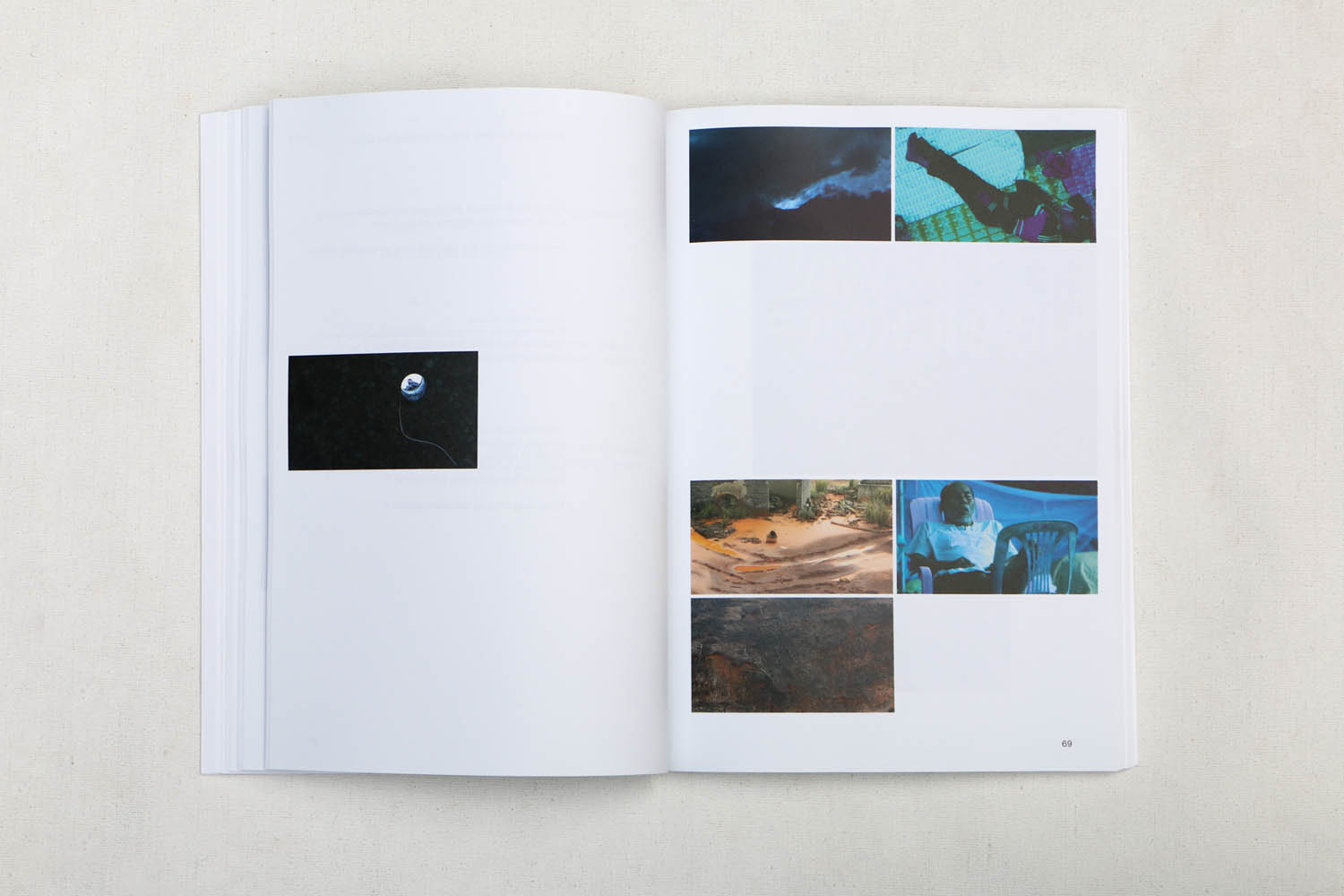 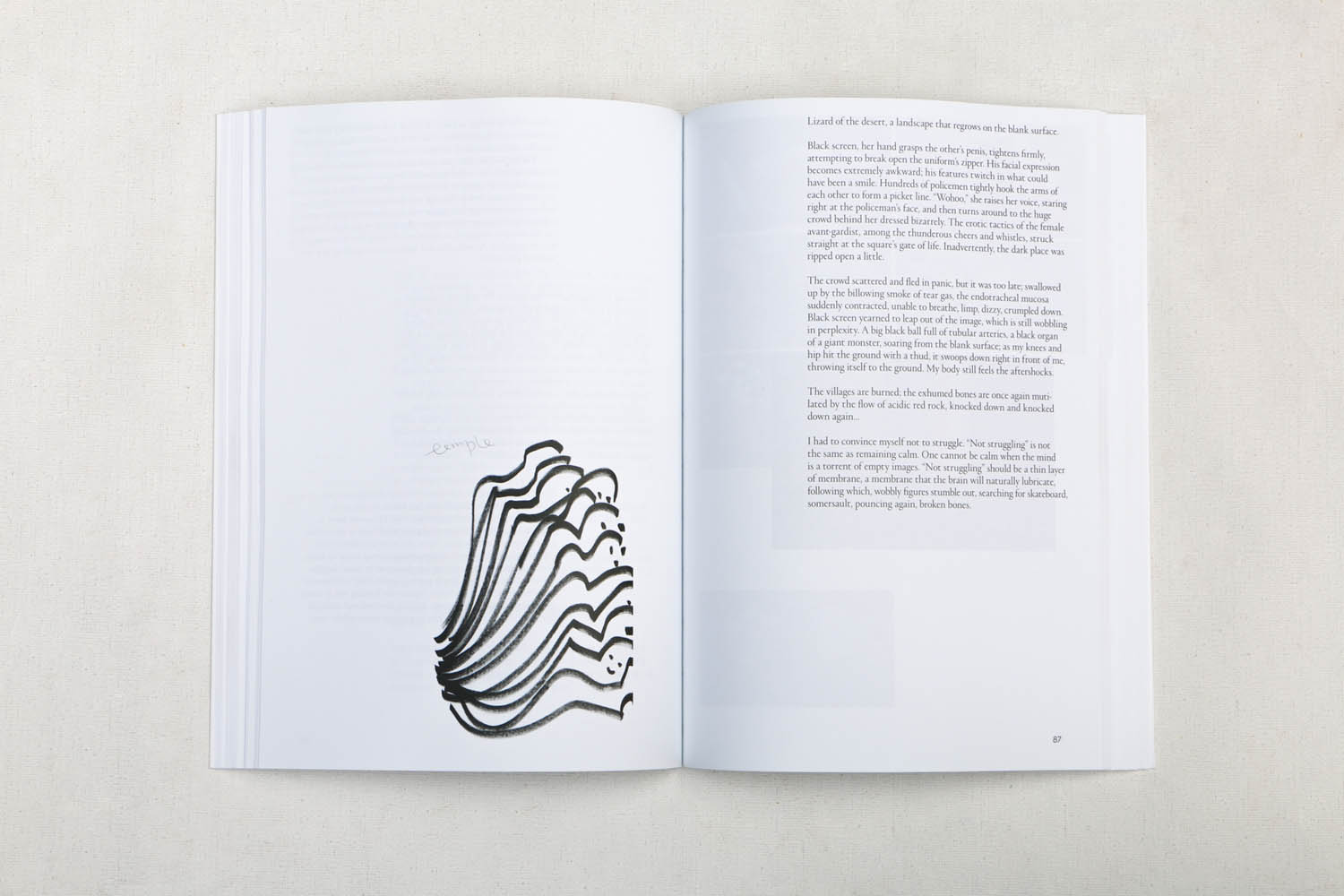 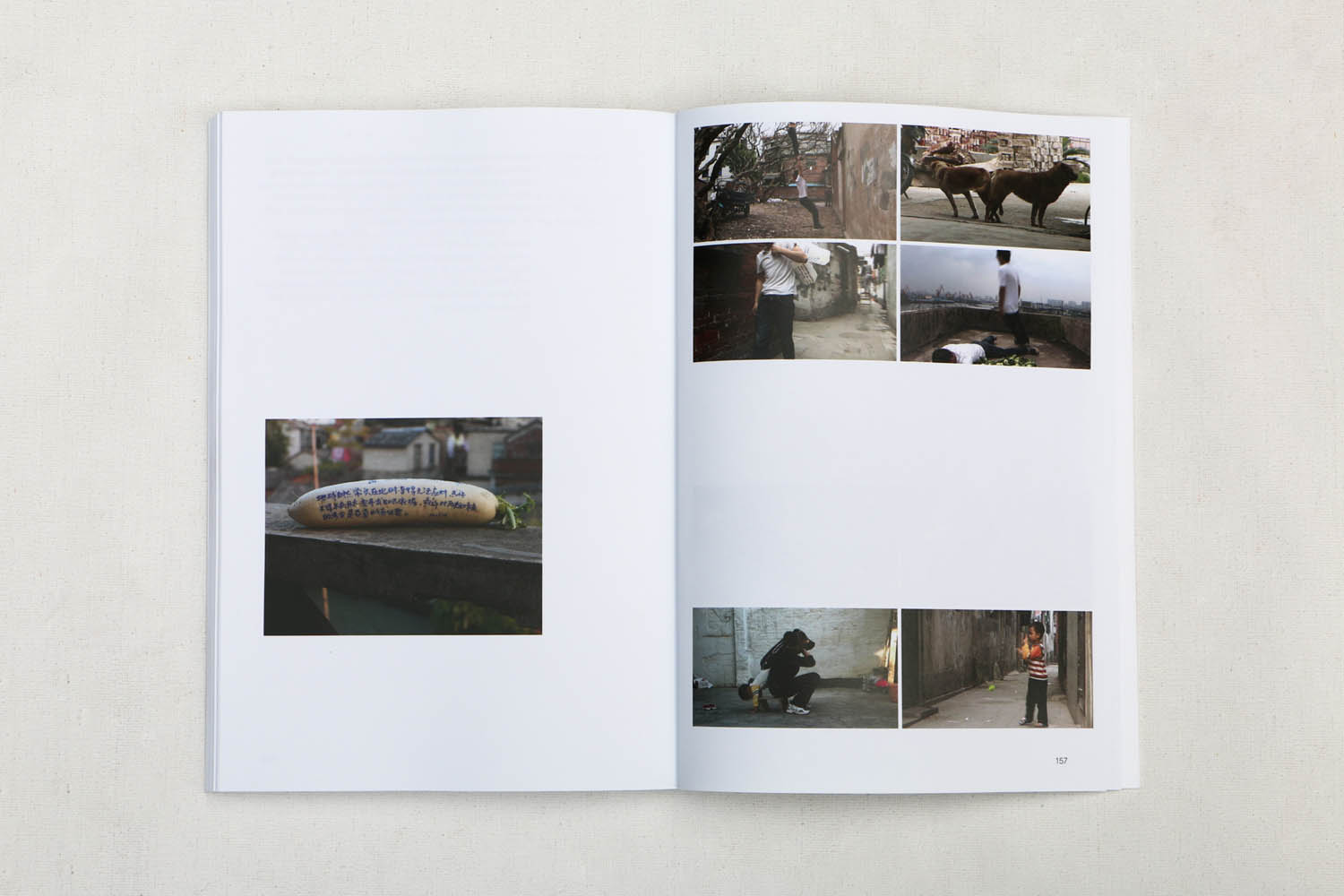 Hu Fang: The film Blue and Red ends with a close-up of an old woman in a car looking out of her window. Her skin tone, as well as the colour of the mining field outside, both remind me of what you call a “sense of the skin”. It’s not just the surface of some syndrome but also a way for you to create a relationship with reality, a kind of intimate, sensual relationship, through the movement of “shooting”. Can you talk about how “shooting” can break out of the heaviness of reality (cancer, pollution, conflict in the street) and become a movement hovering above multiple layers of reality (Guangzhou, Bangkok, the world)?

Zhou Tao: The old woman looking out of the window—the dim light in the car, the vast, luminous, mineral soil and the lake outside all clearly outline the contours of her face. She seems to completely sit inside the frame.

From the old man’s complexion lit by natural light, to the crowd bathed in the colour of night; from the Guangzhou square stained blue by LED billboards, and the anti-government protesters revelling all night in the Bangkok square, to the rust and oxidisedgreen surface of a rural metal mine—the movements of these different characters, even a violent squall colliding with a mountainside, all create a refraction from the skin to the earth’s crust.

I often think of the strong emotional fluctuations I experience in the filmmaking process and how to sustain them. However, at the same time that one’s senses are being struck and consciousness is being washed out, a blank space emerges—an internal blank surface in which scenarios and landscapes are regenerated into shapes and forms, returning to each of their own positions. Of course, these scenarios also exist simultaneously in reality, as do the landscapes and characters. They become doubles. The doubling of the two surfaces brings everything back to the starting point, back to the matrix.

I think it’s on this blank surface that the movement of “turning over” takes place. Doubling isn’t just nothingness—on the contrary, it’s an organism, a manifestation of the torso and limbs of the body; it produces movements. This is what I call “turning over”, a movement that instantly activates all the joints and promotes blood circulation in the body. The two surfaces, twisting and intertwining, mould the body and generate the skin. The double images penetrate each other; layers of skin reflect and overlap. Skin, hair and expression remain vivid, as if alive.

But where are those waves of sudden emotion that occur when reality strikes? Do they disappear? No, they become blood serum hidden under the skin. Perception found them a home; instead of letting them evolve into something naively critical or cynical, it turns them into hematopoietic tissues beneath the skin and the earth’s crust.

—Excerpted from Hu Fang in Conversation with Zhou Tao: “From the Earth’s Crust to the Skin, from Doubling to Rebirth”, Blue and Red, p83

From the Earth’s Crust to the Skin, from Doubling to Rebirth  81

Escaping Beyond the Cloud of Performance  107

Born in 1976 in Changsha, Hunan Province, Zhou Tao studied at the Guangzhou Academy of Fine Arts and received a bachelor of fine arts in oil painting in 2001 and a master of fine arts in mixed-media studies in 2006. Currently lives in Guangzhou.

Zhou Tao finds visual and narrative materials for his arresting film works in the places and communities he encounters, and the narration of the film is often developed from the accumulation of the encountered moments. There is no single entry to the practice of Zhou Tao, through often subtle and humorous interactions with people, things, actions, locations and situations, Zhou’s videos invite us to experience the multiple trajectories of reality—what he once called the “folding scenario” or the “zone with folds.” Although all of his footage captures actual scenes, the poetics of Zhou’s visual narratives dissolve the division between fact and fiction. For him, the use of moving image is not a deliberate choice of artistic language or medium, instead the operation of the camera is a way of being that blends itself with everyday life.