Hao Liang: The Virtuous Being 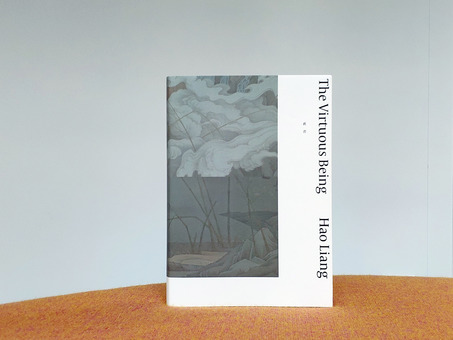 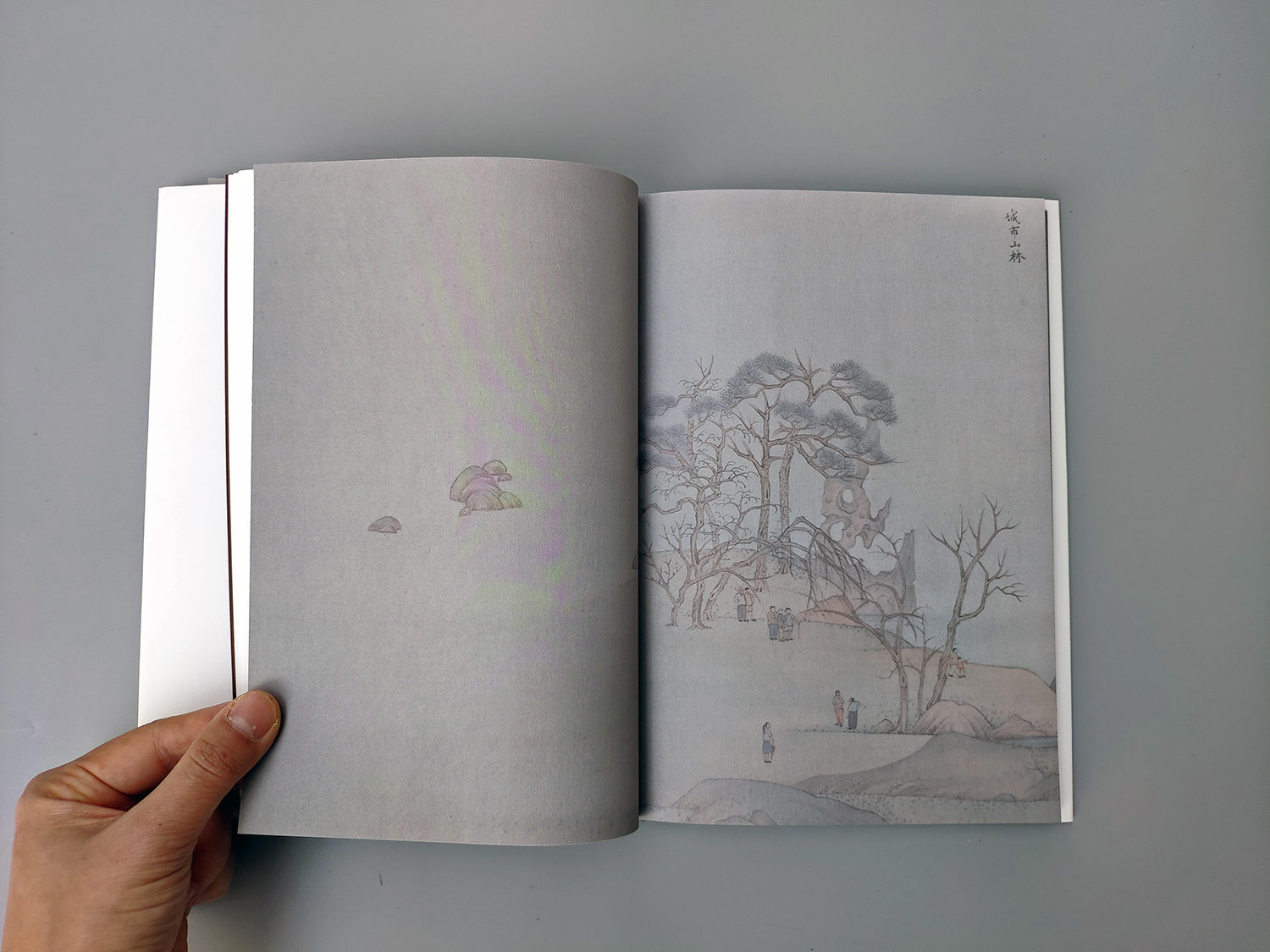 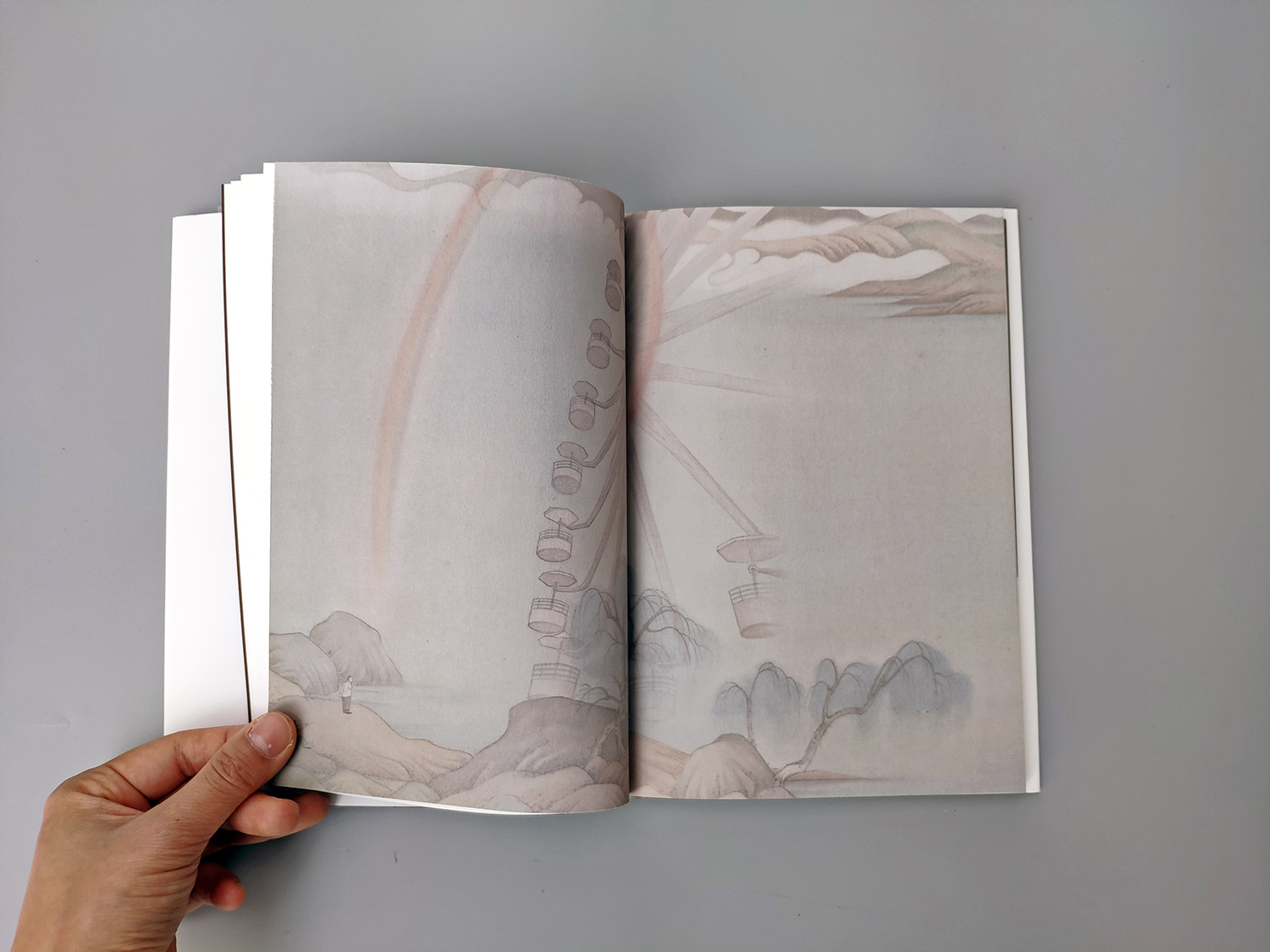 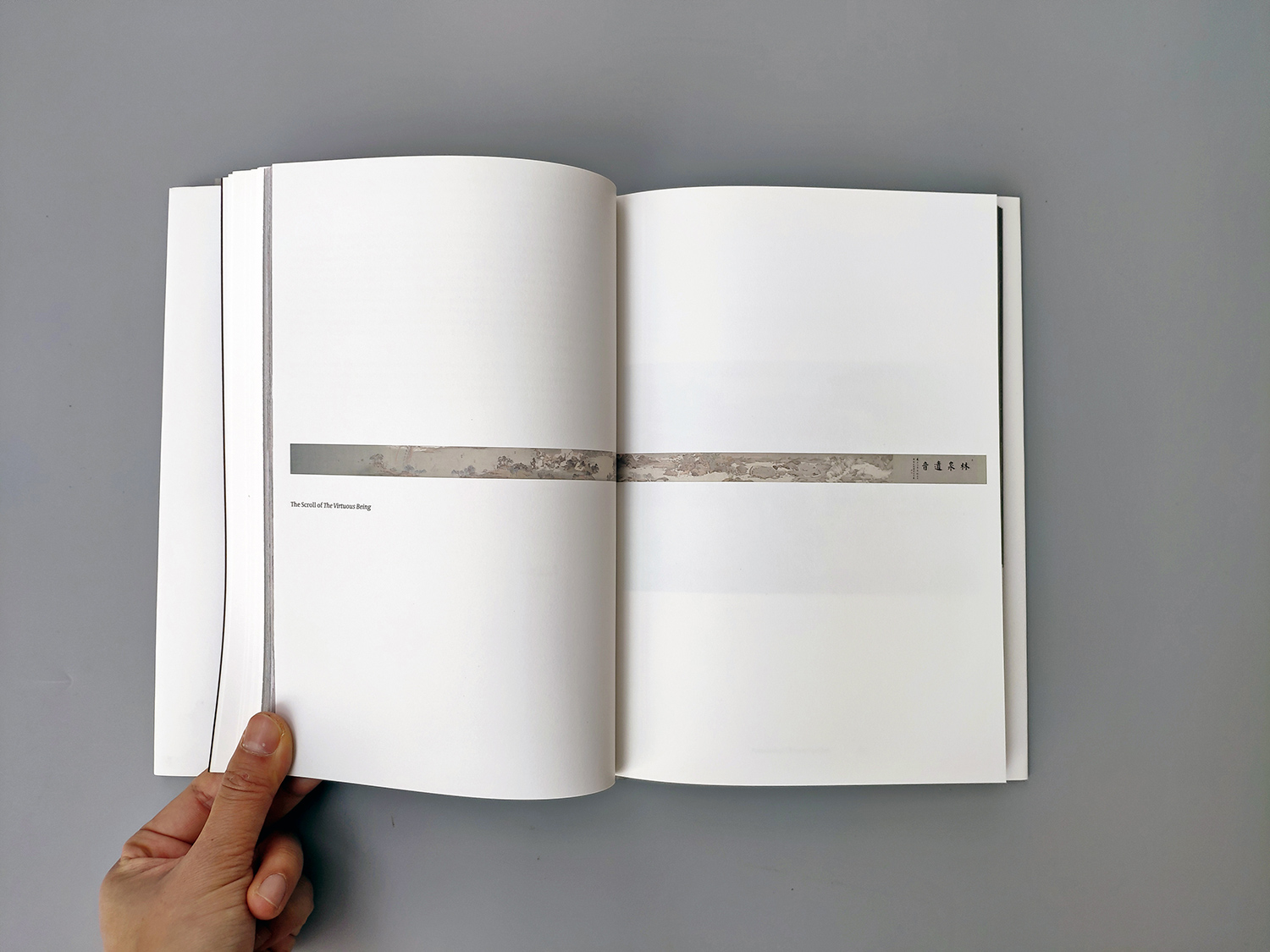 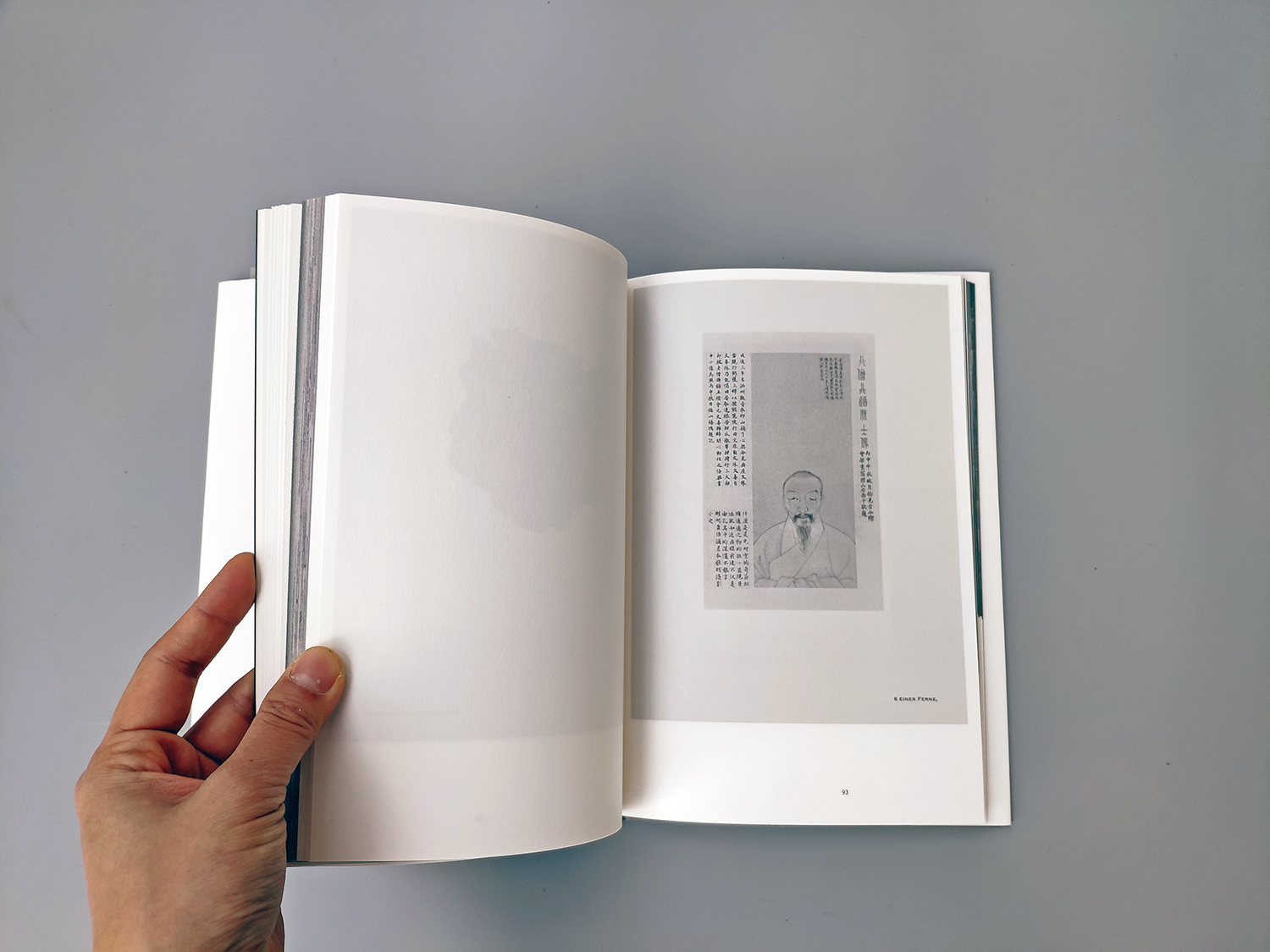 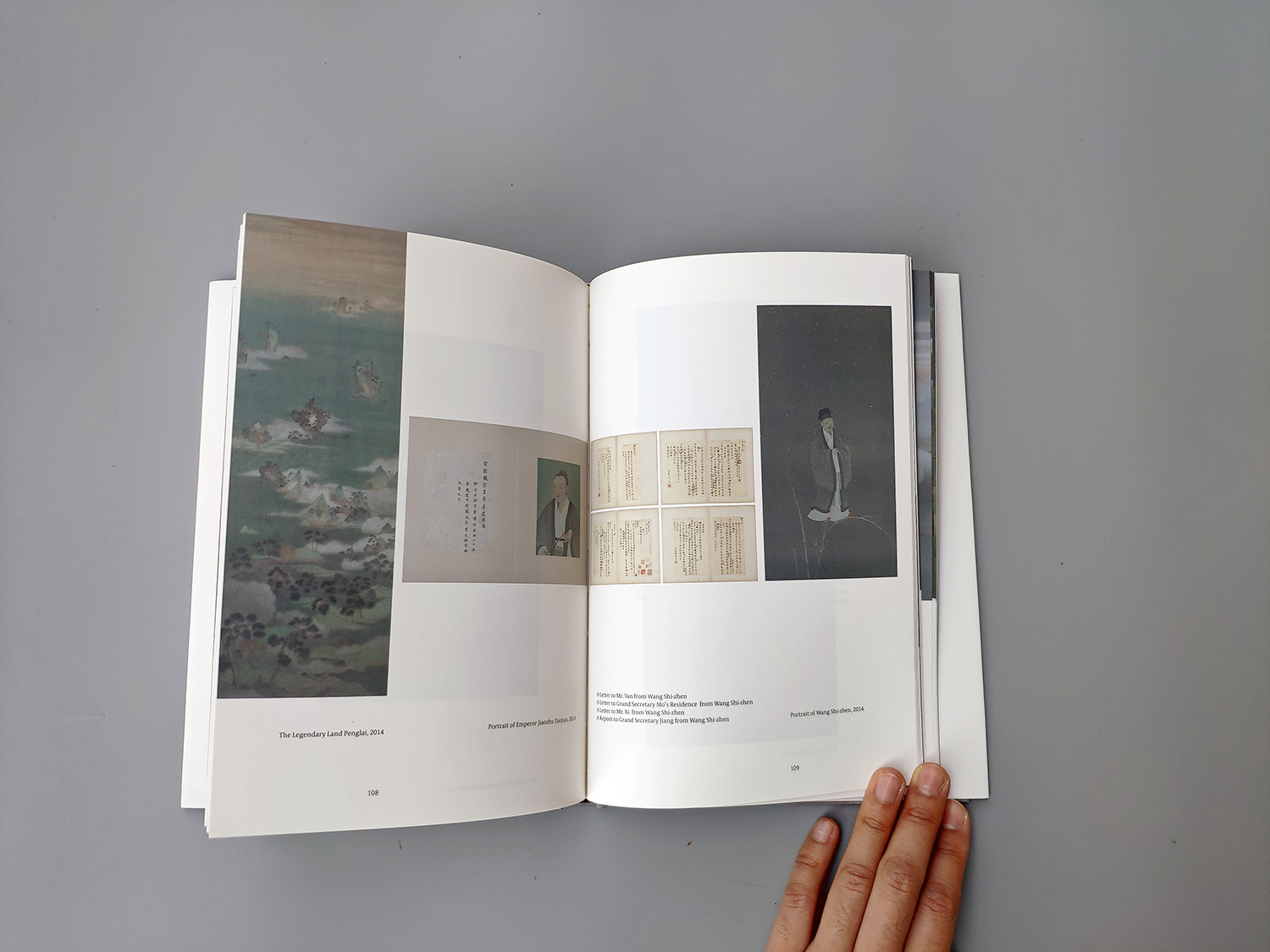 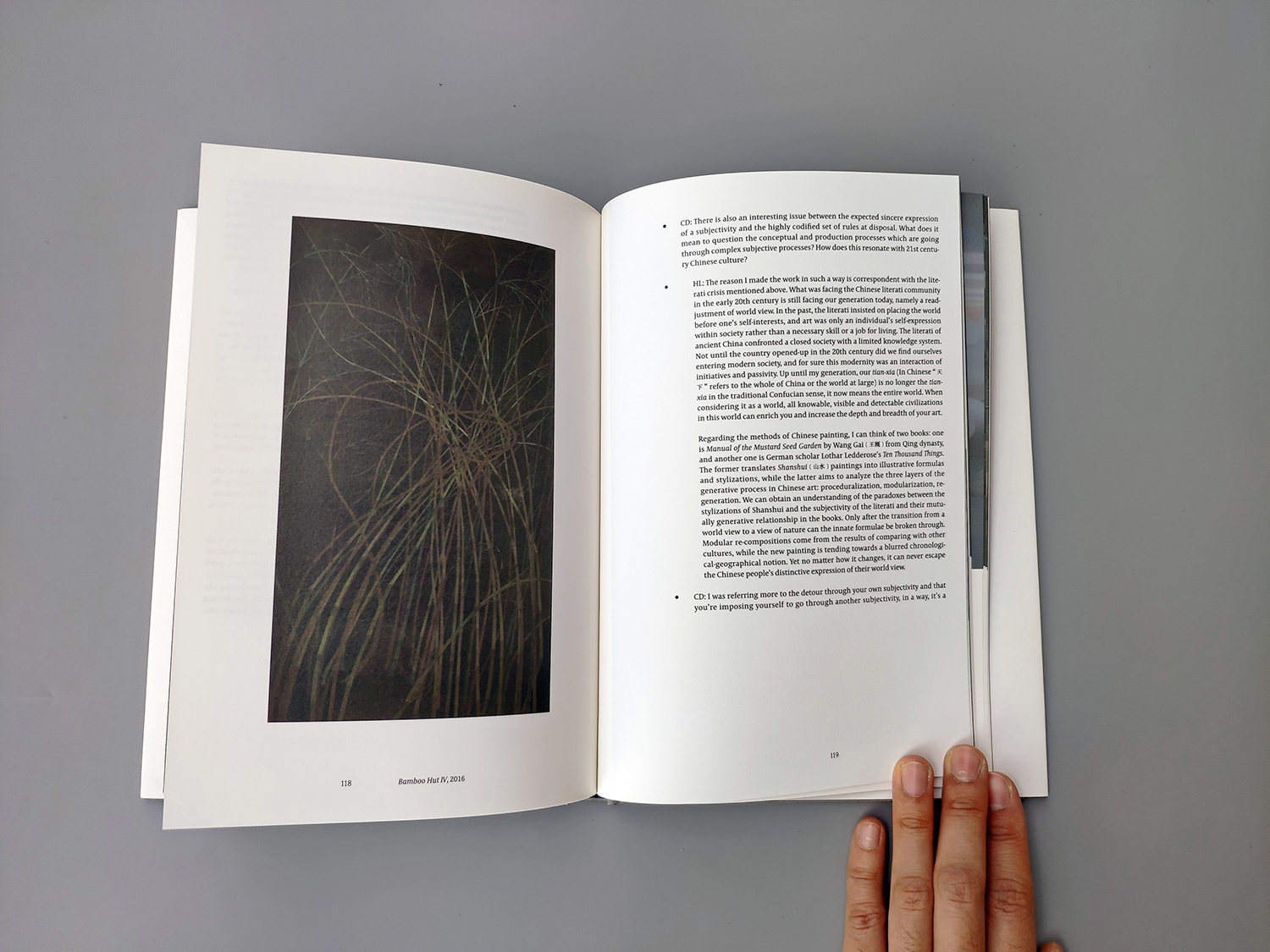 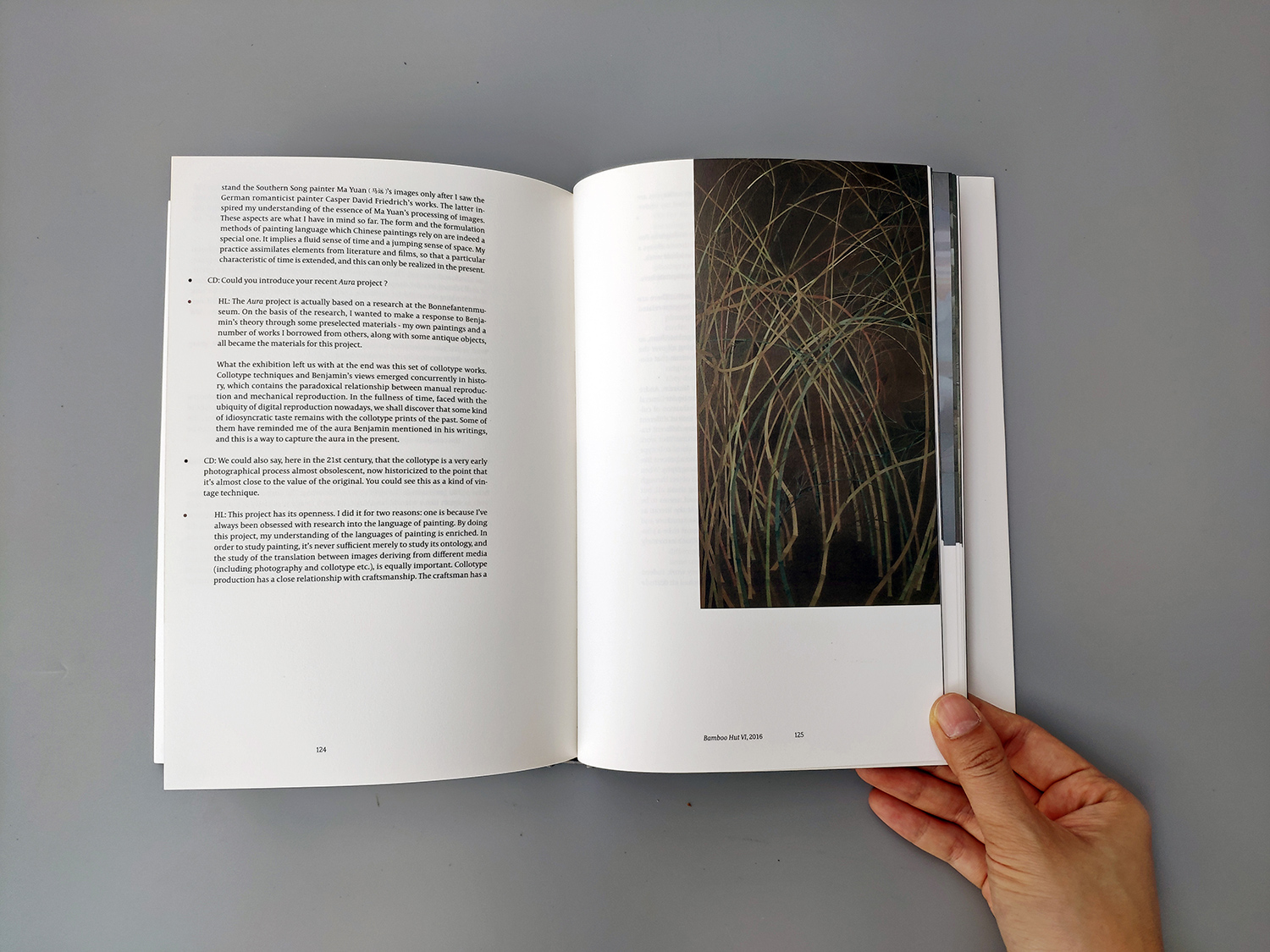 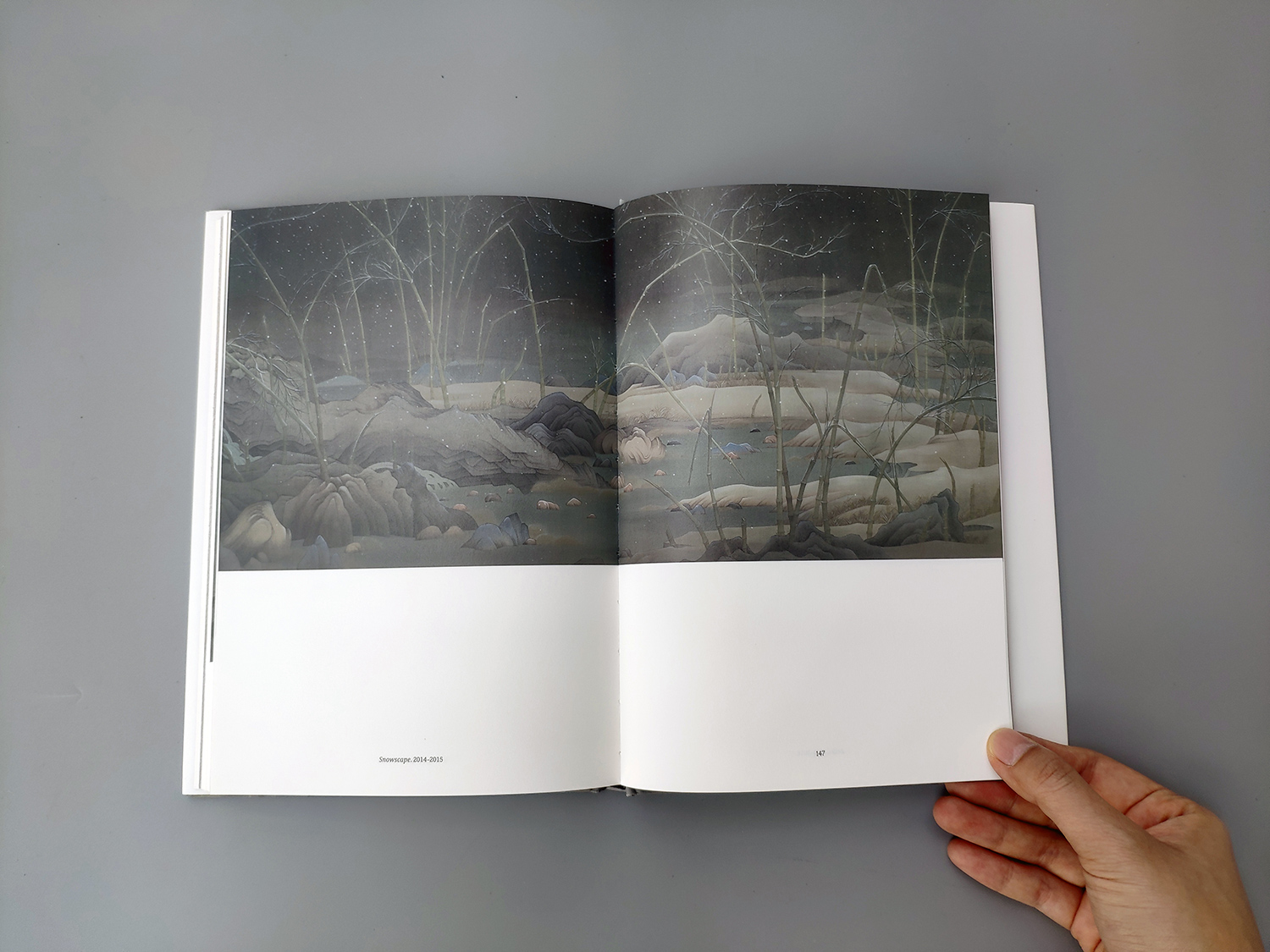 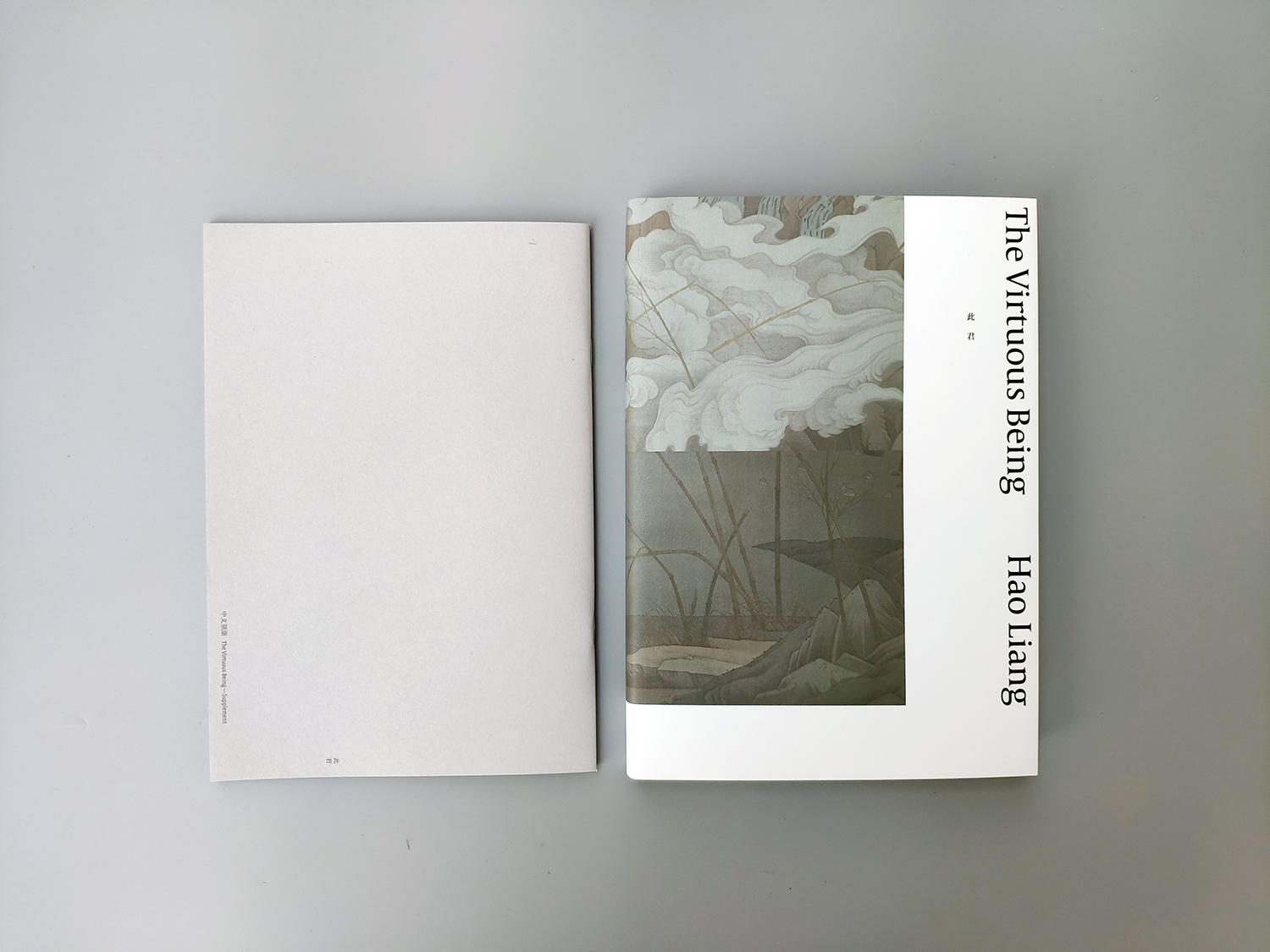 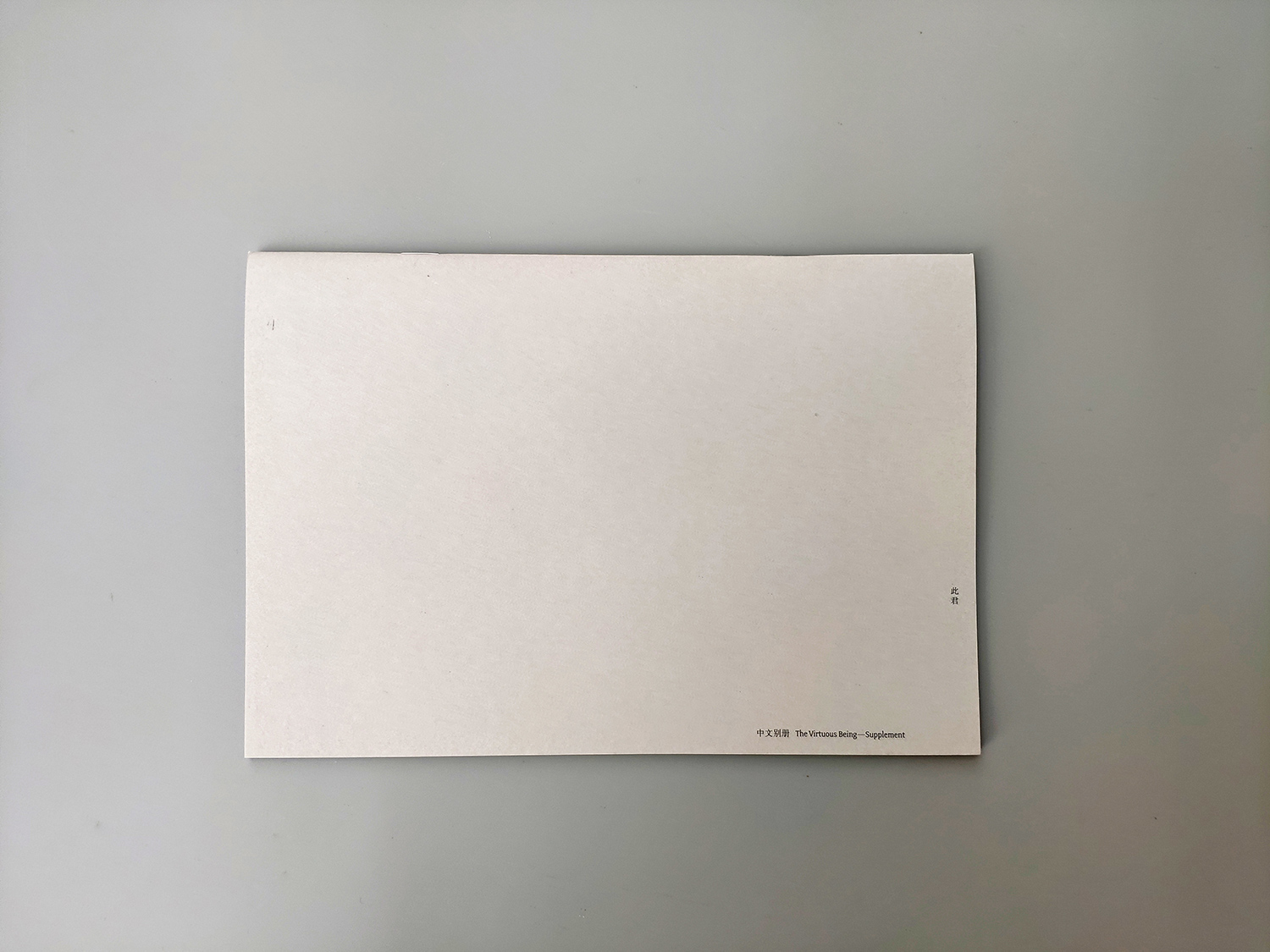 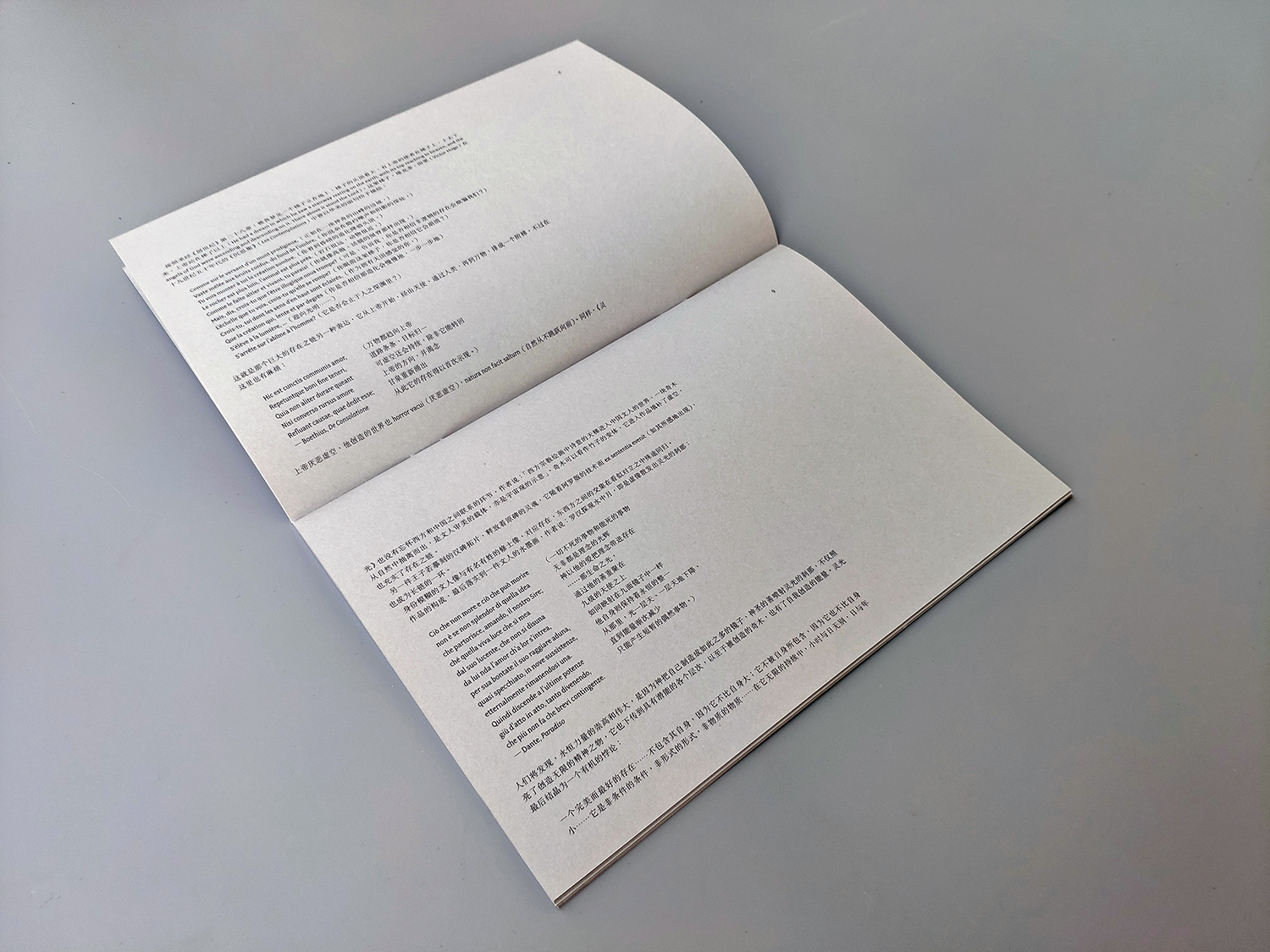 In my long term study, research and practice, I’ve been trying to understand the cultural situation in China today. This quest can never circumvent history and tradition, although we generally think that Chinese cultural traditions have been disrupted. In my view, only in history can we find the causes for the present and compensate for this sense of disruption.

Haoliang: The Virtuous Being weaves together multiple threads to present and ponder upon Hao Liang’s creative practice in the recent years. These threads sometimes run parallel with one another, other times progress or return from one to another. This book starts from The Virtuous Being created between the years of 2013 and 2015, then enters the space of From Xian to Gui via The Aura, created in 2016, and ends with The Eight Views of Xiaoxiang as a gradual fade-out.

The Project of The Virtuous Being originates from the interests and research around Chinese gardens and the literati spirit, The Scroll of the Virtuous Being was inspired by Wang Shizhen’s private garden Yanshan Garden (or Garden of Yan hill), whose winding paths and vicissitudes in history weave together the narratives in the scroll. Parallel to the scroll, The Study on the Virtuous Being comprises of abundant archive materials, print matter, rubbings, manuscripts and photography.

The search for “qi’xi” (breath, air) encouraged Hao Liang to revisit Benjamin’s theory of the “aura”. With collotype as a metaphorical mirror, Hao Liang tries to capture the innate “qi’xi” of the paintings and reflect back upon painterliness using print. As for the source of images in Aura’s collotype works, they all come from Hao Liang’s encounters with “antiques” — could be in museums, or from the collections of friends — they emerge from the mass of historical relics, each one of them is adequate to make one think of the time and fate hidden behind, and Hao Liang is situated right at the intersection of all these different timelines.

In the series of works in From Xian to Gui, Hao Liang tries to reach the other side of the DNA double spiral of the literati spirit via portrait paintings: if we say that Shanshui Painting attempts to approach the “dao” of everything by portraying nature, then we can say that portrait paintings observe the “qi’xi” of creation through portraying the self. Hence, portrait paintings also share the same idea of “chuan’shen” (conveying the spirit, lifelike) in the genealogy of Chinese painting.

In contrast to the expression of personal feelings, Hao Liang is more concerned with understanding the things that have to be “thought,” and in this process his research is a means for slicing into reality, while the reconstruction of space is one of his narrative methods. This detour into the genealogy of Chinese garden painting is a way of interrogating and intervening into the individual psyches of different historical moments. As such, “Virtuous Being” is not only about the reconstruction of long-gone literati gardens, it is also about seeking out and rebuilding the long-lost perceptual mechanisms behind Chinese literati painting.

To Forge the Chain of Being
Preface by Fan Jingzhong

Aura—Collotype Facsimile of the True View


Ⅲ From Xian to Gui


Ⅳ On the onverging inventions of methods, ethics, history, the present, cosmos and thinking
- Catherine David in Conversation with Hao Liang
Bamboo Hut

During one of his first visits to the Bonnefanten museum, Haoliang's attention was drawn by painted portrait in the Old masters collection. The work, created in around 1500 by an naonymous artist, is among the oldest paintings in the meseum's collection. The subject is a balding, middle=aged man who, lost in though, is gazing into the diatance…

Hao Liang approached the portrait of Evert Zoudenbalch with the open gazze of an artist, a gaze guided primarily by the more intrinsic quelities of the artwork, qualities that transcend the concrete historical reason and function of work or – in the case of a portrait – of the sitter's actual personal details and social function. The question of who exactly Evert Zoudenbalch was is irrelavant such moments, as is the question of whether this portrait was a faithful depiction of the man himself. For Hao Liang, the historic painting does not function as a window through which we can step into the past and experience wht Zoudenbalch's reality looked like. What mainly triggered Hao Liang's interest in Zoudenbalch's portrait was the fact that it reminded him of certain examples of traditional Chinese landscape and portaait painting, in which the subject also serve as vehicles for the depiction of a vision of the word.

To Forge the Chain of Being

The suburbs of creation? Where the wall

Whose battlements look o'er into the vale

Say, at what point of space JEHOVAH dropp'd

His alacken'd line, and laid his balance by;

In this verse from Night Thoughts by the English poet Edward Young (1683-1765), the narrator seems to admit that these questions are too abstruse for simple answers. I do not think that Hao Liang’s art directly answers these questions, but there are beliefs on these subjects concealed within his paintings. His works are certainly difficult to grasp, and even cryptic, for as Eliot said: “Our civilization comprehends great variety and complexity, and this variety and complexity, playing upon a refined sensibility, must produce various and complex results. The poet must become more and more comprehensive, more allusive, more indirect, in order to force, to dislocate if necessary, language into his meaning” (“The Metaphysical Poets”). These challenges faced by the poet are also faced by the philosophically inclined painter. Hao Liang will not directly raise the questions posed by Night Thoughts, but variations of these questions are always present, because we fear losing the philosophical excitement of the past, we fear being cut off from the ancient world, and most of all, we fear being unable to find that remote fountainhead.  We collect ancient relics; when we happen to find one or two, we are filled with pleasure. We adoringly treasure their elegance, dwell on their contributions to the clarity of the historical record, and seize the opportunity to appeal to people’s interest in the past. But these collections are fragile. A bit of warfare or calamity could easily extinguish them. We hope that they will become eternal objects, but we invariably prove that eternal is impossible, that eternity is void. Indeed, the true message of the history of our universe is:

The scene is extinguished
Yet the feelings remain

On the converging inventions of methods, ethics, history, the present, cosmos and thinking

I’m particularly interested in the art of the Chinese literati. Today, when it comes to literati painting, the first impression that comes to mind would be a painting with an inscription accompanying the painting. Poems, couplets and seals have engendered a particular aesthetic taste and this is actually today’s simplified understanding of literati art. I discovered later that it’s not just formalism. In specific historical times, the literati assimilated many cultural sources and found their confluence through research and practice, and this confluence is literati art. My job is to revisit this, since the present obsession with formalism has drowned-out its true content. It’s necessary then to examine the formation of the literati art form in order to foster reinvention.

I’m equally interested in modern and contemporary art. For me, restructuring the literati creative system is critical for the present. I do it through my own thinking and imagination, so that I can traverse across the past and present. In the current social situation in China it might be more interesting to engage and comprehend contemporary cultural constructs by searching for the kind of modernity intrinsic to Chinese culture that I discovered the openness of literati art. Though specific in its own methodology, it can still accommodate different cultural influences. Many things that interest me could be drawn into this method and became the materials for my work.

Born in 1983 in Chengdu, Sichuan province, Hao Liang studied at Sichuan Fine Arts Institute and received a bachelor and a master of fine arts in Chinese painting. He lives and works in Beijing.

Hao Liang fuses tightly the exercise of his own perception and the practice in Chinese ink painting, not only does he dig into the investigations of the ontology of Chinese ink painting within its history, but also experience the reconstruction of surreal narratives from the survival of the present time. For Hao Liang, the painting surface is not simply a material vehicle embodying space and time, but a medium for contemplations of such; the process of practicing Chinese painting, is more than a journey that unites painting technique and life experience, it is also a reflection on the individual exploration of one's relationship with the world. The unique world view constructed through Chinese ink paintings enables him to traverse and reflect upon the past and future, while speculating time and space, perceiving and measuring anew the position of human itself within history and the universe.